Gisaengchung (original title)
R | 2h 12min | Comedy, Drama, Thriller | 8 November 2019 (USA)
2:03 | Trailer
17 VIDEOS | 192 IMAGES
A poor family, the Kims, con their way into becoming the servants of a rich family, the Parks. But their easy life gets complicated when their deception is threatened with exposure.

What to Stream With Your Family Right Now

Here's our quick guide to the best family-friendly movies and shows you can stream right now.

Oscars 2020: Nominated Titles
a list of 38 titles
updated 2 months ago

Search for "Parasite" on Amazon.com

How Bong Joon Ho Creates Films That He Wants 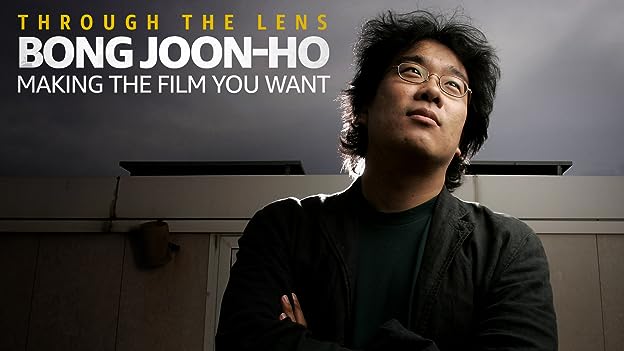 Through films like Okja, Snowpiercer, and Parasite, director Bong Joon Ho has dazzled audiences with his unique knack for blending genres to tell layered, one-of-a-kind stories.

In Gotham City, mentally troubled comedian Arthur Fleck is disregarded and mistreated by society. He then embarks on a downward spiral of revolution and bloody crime. This path brings him face-to-face with his alter-ego: the Joker.

April 6th, 1917. As a regiment assembles to wage war deep in enemy territory, two soldiers are assigned to race against time and deliver a message that will stop 1,600 men from walking straight into a deadly trap.

A faded television actor and his stunt double strive to achieve fame and success in the film industry during the final years of Hollywood's Golden Age in 1969 Los Angeles.

A thief who steals corporate secrets through the use of dream-sharing technology is given the inverse task of planting an idea into the mind of a C.E.O.

After the devastating events of Avengers: Infinity War (2018), the universe is in ruins. With the help of remaining allies, the Avengers assemble once more in order to reverse Thanos' actions and restore balance to the universe.

Two imprisoned men bond over a number of years, finding solace and eventual redemption through acts of common decency.

A team of explorers travel through a wormhole in space in an attempt to ensure humanity's survival.

A young boy in Hitler's army finds out his mother is hiding a Jewish girl in their home.

An insomniac office worker and a devil-may-care soapmaker form an underground fight club that evolves into something much, much more.

The presidencies of Kennedy and Johnson, the events of Vietnam, Watergate, and other historical events unfold through the perspective of an Alabama man with an IQ of 75, whose only desire is to be reunited with his childhood sweetheart.

American car designer Carroll Shelby and driver Ken Miles battle corporate interference and the laws of physics to build a revolutionary race car for Ford in order to defeat Ferrari at the 24 Hours of Le Mans in 1966.

An aging hitman recalls his time with the mob and the intersecting events with his friend, Jimmy Hoffa, through the 1950-70s.

The Kims - mother and father Chung-sook and Ki-taek, and their young adult offspring, son Ki-woo and daughter Ki-jung - are a poor family living in a shabby and cramped half basement apartment in a busy lower working class commercial district of Seoul. Without even knowing it, they, especially Mr. and Mrs. Kim, literally smell of poverty. Often as a collective, they perpetrate minor scams to get by, and even when they have jobs, they do the minimum work required. Ki-woo is the one who has dreams of getting out of poverty by one day going to university. Despite not having that university education, Ki-woo is chosen by his university student friend Min, who is leaving to go to school, to take over his tutoring job to Park Da-hye, who Min plans to date once he returns to Seoul and she herself is in university. The Parks are a wealthy family who for four years have lived in their modernistic house designed by and the former residence of famed architect Namgoong. While Mr. and Mrs. Park ... Written by Huggo

Rated R for language, some violence and sexual content | See all certifications »

When asked if he thought this was his best film, Bong Joon Ho shrugged, saying his next one is the best, and then paused to say he hopes so. See more »

When the maid's mouth is bound with a cloth preventing her from yelling, when we cut back, the cloth has vanished. Their would be no way she could take it off since her hands were also bound. See more »

Chung-sook, Ki-taek's wife: If I had all this I would be kinder.
See more »

Also available in a black-and-white version. Instead of opting for a simple digital bleaching, Bong Joon Ho worked with a colorist and cinematographer to make sure each scene retained its texture. See more »

Q: Why weren't there any cameras inside Mr. Park's house?
Q: Why did the Kim family use American names for themselves when working for the Parks?
See more »

This is a well written and well perfomed original film. With a lot of repetitive cinema these day i felt this was something new. I felt connected and engaged with the character throughout the film. There are several well directed tense moments throughout the film. A popular topic of class struggled well portrayed. Its always nice to see foreign language films having worldwide success.