TV-PG | 1h | Adventure, Game-Show, Reality-TV | TV Series (2000– )
Episode Guide
599 episodes
7:49 | Trailer
116 VIDEOS | 5051 IMAGES
A reality show where a group of contestants are stranded in a remote location with little more than the clothes on their back. The lone survivor of this contest takes home a million dollars.

Like Selling Your Soul to the Devil/My Wheels Are Spinning

Relentless rain drowns the players' spirits, but a fun reward reveals a glimpse of Cambodian culture; the voting block strategy keeps castaways on their toes.

War Is Not Pretty

Things get tense for the remaining castaways during a chaotic tribal council; a kind gesture could paint a target on someone's back; one person will be the last one standing in a taxing immunity ...

Castaways thirst for a much-needed reward after an intense water challenge while a tribal council takes a surprising turn.

What to Stream With Your Family Right Now

Here's our quick guide to the best family-friendly movies and shows you can stream right now.

February Picks: The Movies and TV Shows You Can't Miss
a list of 23 images
updated 1 month ago

How Much Have You Seen?

How many episodes of Survivor have you seen?

Search for "Survivor" on Amazon.com

Which Celebrity Does Jeff Probst Want on "Survivor"? 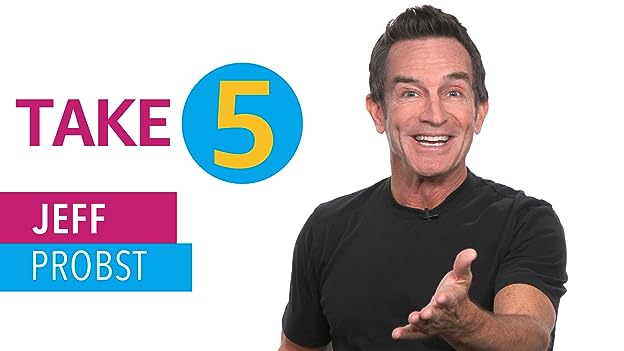 Contestants must compete against each other for a chance to win $500,000 in a house wired with cameras and microphones, capturing their every move for a TV and Internet audience.

A reality show where a group of twenty-four Australians are stranded in a remote location with little more than the clothes on their back. The winner takes home $500,000 and the title of Sole Survivor.

Past members of "The Real World," "Road Rules," "Are You the One?," first time cast members called 'Fresh Meat,' relatives of these members, and past members from other shows compete against each other for the chance to win a cash prize.

Celebrities compete in the classic game of Big Brother.

The format for Big Brother in Canada remains largely unchanged from the U.S. edition, making them the only two version of the series thus far to follow this format. HouseGuests are ... See full summary »

It features a group of contestants who are marooned in an isolated location, where they must provide food, water, fire, and shelter for themselves. The contestants compete in challenges for... See full summary »

A nationwide search for the best home cooks in America. One of 50 hopefuls will become a culinary star and one of America's "Masterchefs."

A single bachelor dates multiple women over several weeks, narrowing them down to hopefully find his true love.

A cyclical competition where women from all over the U.S. compete for the honor of being America's next "it girl" in the modeling world.

Contestants run, jump, crawl, climb, hang, and swing through crazy obstacles as they compete to become the next American Ninja champion.

Over the spring of 2000, sixteen average Americans (divided into two tribes which eventually merge into one) were sequestered on the deserted island of Pulau Tiga for 39 days. For their stay, they must learn to live as a tribe, although eventually, it is everyone for themselves. They compete in challenges for "luxuries" (a barbecue, a phone call home, etc.) and immunity. Every three days, the losers of the latter challenges must face tribal council, where they will account for their actions by voting one person off of the island. At the end of day 39, there will be only one survivor left who will leave the island with one million dollars. Based on the Swedish game show, "Operation Robinson." Written by ZeroG1

They're in for a big surprise... right from the start. See more »

In first six installments of Survivor had an indigenous culture theme, meaning that challenges, tribe names, etc., were based on names, history and culture of the past and present indigenous occupants of the game's geographic location. However, Survivor: Pearl Islands differed in that they had a pirate theme, with tribe names, challenges, etc. were based off of pirate folklore instead of local indigenous culture. See more »

Frequent continuity errors. It's clear that many scenes were filmed hours or days apart and then edited together with =out consideration for whether or not they visually flowed together. See more »

The finale episode featured the million dollar winner walking through an airport and getting into their brand new car. This scene had to be filmed four different times, each with a member of the final four in order to keep the secret of who really won. See more »

Q: Who has spent the most days playing Survivor?
Q: Is medical assistance provided during the game?
Q: What happens if a contestant breaks the rules?
See more »

CBS hit it big with this show. "Survivor" was the best show of Summer 2000, probably the best show of 2000 all together. It was all anyone was talking about. I never missed an episode and each week was amazing! There were twists and turn at every end, you had no idea who was going to get voted off or win the million! The show is so great, from the games, to the interviews, to the voting, which was always the best! An amazing show that will go down in television history! I can't wait for Survivor II.